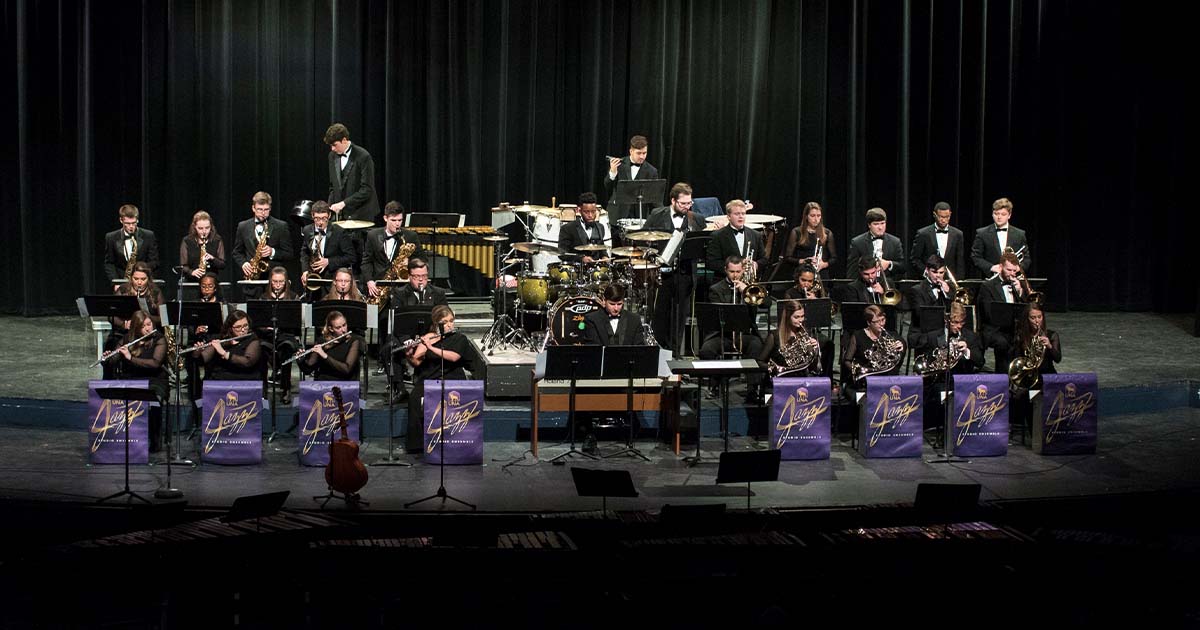 FLORENCE, AL – The University of North Alabama Studio Jazz Band, directed by Dr. Lloyd Jones, and the Shoals Area Big Band will present their annual Valentine’s Concert on Sunday at 2 p.m. in Norton Auditorium on the UNA campus.

“This promises to be one of our most enjoyable concerts,” said Jones, who is Director of Bands at UNA. “Both the Shoals Area Big Band and the UNA Studio Jazz Band have a wonderful line-up of songs for the audience. There will be a salute to Broadway lyricist, Steven Sondheim, who passed away recently; a tribute to the Big Bands and their signature tunes; and the singers are all amazing.”

“It is such a thrill to get the Shoals Area Big Band together on a more normal rotation of performances,” said Jason Lipscomb, lead alto saxophonist. “We have all missed performing regularly over the past couple of years, and we are thrilled to be joining the UNA Studio Jazz Band on this concert.”

Other concert highlights include a musical tribute to Carl Stalling, who wrote the musical scores to Warner Brothers cartoons, including those with Bugs Bunny. The UNA Studio Jazz Band will feature “Hunting Wabbits” by Gordon Goodwin as a musical nod to the composer’s work. The song features Dylan Mashburn on trombone.

“Nearly all the Big Band greats are represented on the concert,” Jones said. “You’ll hear the music of Duke Ellington, Glenn Miller, Louis Prima, Tommy Dorsey, Benny Goodman, Nat ‘King’ Cole, Les Brown, Count Basie, George Gershwin, Luis Jordan, and our own W.C. Handy. There’s a little of everything in this show, and I hope everyone will find one of their favorite songs included.”