Actors From The London Stage To Perform "king Lear" At Una

Actors From The London Stage is one of the oldest established touring Shakespeare theater companies in the world. Housed and workshopped in England with academic tours booked through the auspices of Shakespeare at Notre Dame (housed in the Marie P. DeBartolo Center for the Performing Arts at the University of Notre Dame), this program is truly unique.

Prior to the weekend performances, the company will spend five days providing workshops and other classroom activities to UNA students, including visits to Theater, English and Sociology classes. They will also give a pre-performance talk at the Florence-Lauderdale Public Library, and perform "King Lear" at Limestone Correctional Facility as part of UNA's "Inside/Out Prison Exchange" program.

Funding to host Actors From the London Stage is made possible in part by the Albert S. Johnston Endowment.

UNA Student tickets may be purchased at the UNA bookstore. Any remaining tickets will be available at the box office at 6 p.m., the nights of the performance. 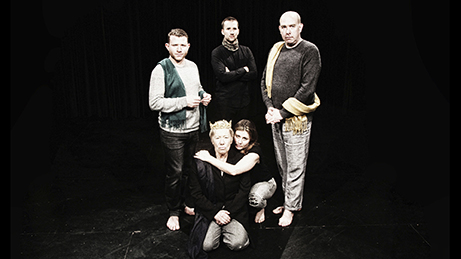