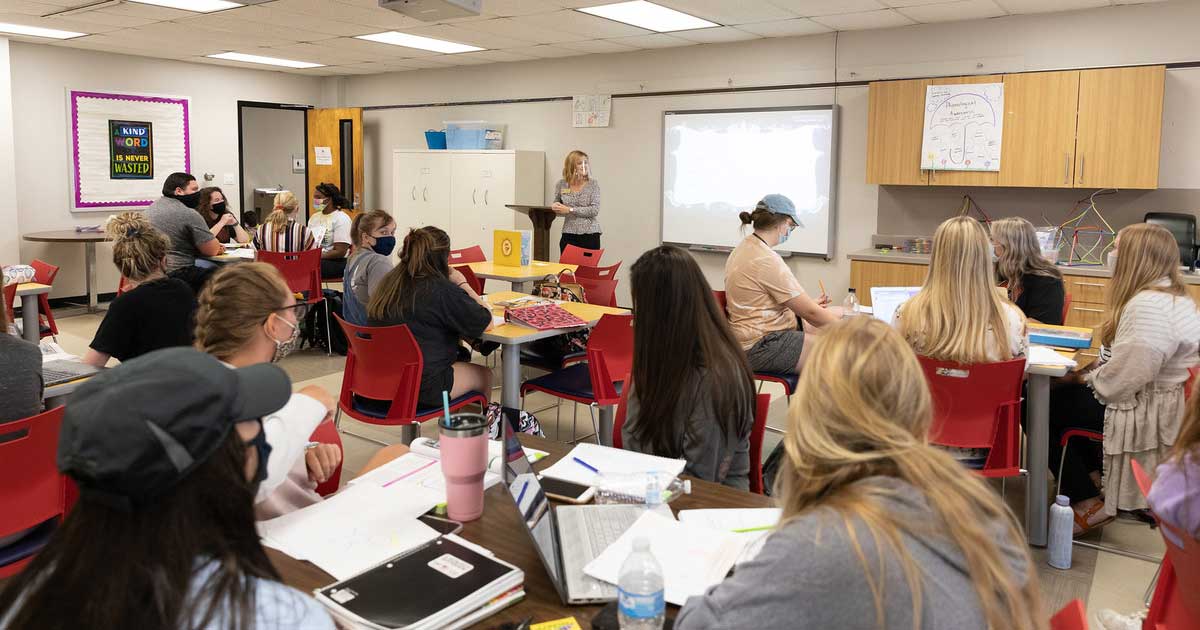 FLORENCE, AL – The College of Education and Human Sciences at the University of North Alabama is leading the state when it comes to growth among teacher education majors and number of graduates, filling in-demand teaching positions at all levels throughout the region and state.

“North Alabama’s College of Education and Human Sciences has experienced atypical growth in its Early Childhood and Elementary Education programs,” said Dr. Ross Alexander, Provost and Executive Vice President for Academic Affairs. “UNA takes very seriously its history as a ‘Teacher’s College,’ and that is evidenced in the growth in these programs as well as the positive impact they have on fulfilling acute workforce needs.”

Earlier this year, the Alabama State Department of Education, under the leadership of State Superintendent Dr. Eric G. Mackey, launched a campaign to recruit and retain educators. We Teach Alabama encourages college students to learn more about education programs in the state and how they fill much-needed roles.

Founded in 1830 as a state normal school on LaGrange Mountain in Colbert County in the northwest corner of the state, UNA’s history is intrinsically tied to its mission of preparing future educators for their roles in the classroom. That mission is more vital than ever as UNA and the COEHS continue to ensure that classrooms across Alabama are led by prepared and professional educators.

Alexander said UNA is at the forefront of the statewide effort to train and retain teachers in Alabama, and that strategy has already resulted in some positive gains, including:

“Part of the equation for our success is also Kilby Laboratory School,” said Dr. Katie Kinney, Dean of the College of Education and Human Sciences. “As the state’s only state-funded university laboratory school in the state, Kilby provides a true ‘learning laboratory’ for UNA students and allows them to be workforce ready immediately upon graduation.”

Kilby is on the UNA campus and is a Pre-K through 6th grade laboratory school designed to serve as a true training facility for future educators.