FLORENCE, Ala.- Two-time University of North Alabama graduate Bishop Alexander has been selected as the new Director of Alumni Relations, effective Nov. 12.

"Our Alumni are the heartbeat and spirit of the campus," said Alexander. "I am humbled for the opportunity and I look forward to working with faculty, staff, students and alumni around the world as we move forward in the next era as a Division I institution," he said.

As a first-generation college graduate, Alexander said he sees education as an opportunity to start a new chapter and learn valuable life and leadership skills that will equip college students for the road ahead.

Alexander graduated with two degrees from UNA. He earned a B.S. in History, Political Science and Government in 2009, and an M.S. in Criminal Justice in 2012.

Alexander currently serves as the director of UNA's Presidential Mentors Academy and previously served UNA in the role of admissions counselor. In addition, he has served several years on the board of the UNA Alumni Association.

As a student, Alexander was the SGA President, a Promising Alumni Award Recipient, Homecoming King, a SOAR Counselor, a LaGrange Society Ambassador and a member of aGreek organization.

He is also the 2018-2019 UNA Staff Senate president and currently serves on a number of local and statewide leadership advisory boards. 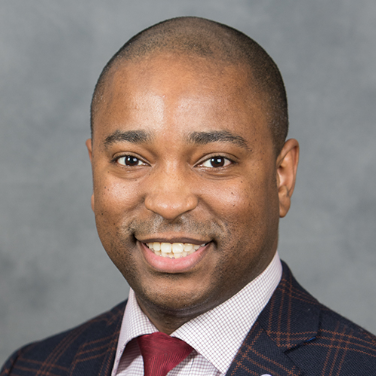