FLORENCE, Ala.-Officials with the University of North Alabama are mourning the loss of one of the University's most significant alumna.

Laura M. Harrison, class of 1955, passed away Sept. 27, surrounded by family in her home in Cincinnati, Ohio.

Harrison and her husband Donald were significant contributors to the University, having recently served as campaign co-chairs for UNA's "Build the Pride" comprehensive campaign. The Harrisons also contributed a major gift to name the new nursing building as Laura M. Harrison Hall. There are also endowed professorships and scholarships bearing her name as well.

Perhaps the most iconic symbol of her generosity is Harrison Fountain, located in Laura M. Harrison Plaza, which now graces the main entrance to the University, or Harrison Entrance as it is known. For many alumni, Harrison Fountain has become the most recognized geographic feature of UNA.

Harrison herself said it best in her speech during the University's campaign kick-off.

"This University has been a beacon for thousands and a home away from home for many, including myself. That's why Donald and I agreed to co-chair this campaign, because we knew that many people feel just as strongly as we do about UNA."

Selected as one of UNA's Alumnae of the Year in 2005, Harrison graduated from Hanceville High School and received a Bachelor of Science degree from UNA, then Florence State Teachers College in 1955.

She married her husband, Donald Harrison, while he was attending medical school; she worked as a secretary until the arrival of their children.

Harrison is survived by her husband Donald and three children. An out-of-state memorial service is planned for Oct. 27. 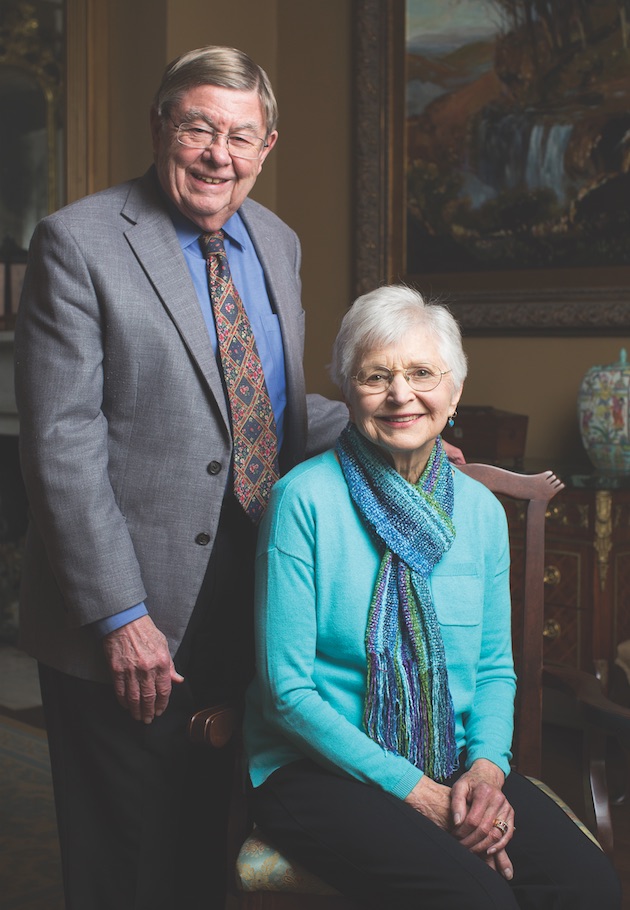