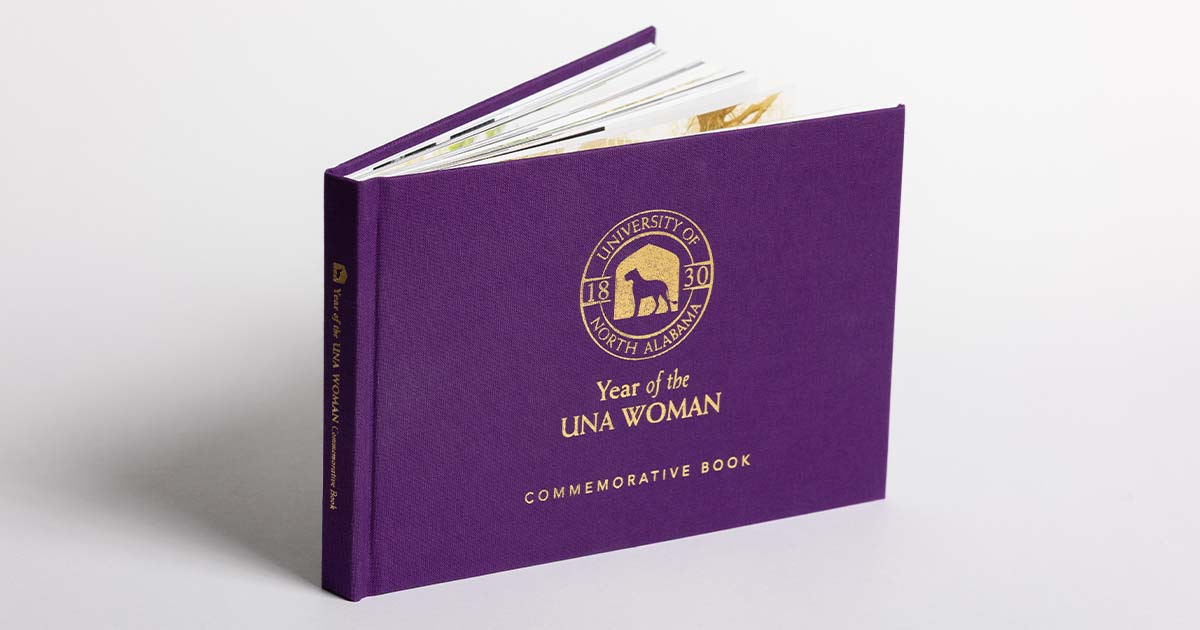 FLORENCE, AL – As part of the ongoing celebration of 150 years of admitting women, the University of North Alabama has released a Year of the UNA Woman Commemorative Book that details, in photos and with minimal text, the story of women at the University through the years.

“As we began researching for the Year of the UNA Woman events, we came across so many images that needed to be shared,” said Dr. Jeffrey Bibbee, co-chair of the Year of the UNA Woman Task Force. “My co-chair on the task force, Michelle Eubanks, and I added chapter themes and allowed our three founding women – Edith Rise, Mary P. Jones, and Susie Jones Price – to be the narrative tour guides.”

The images were selected from the hundreds in the UNA Archive by Public History graduate student Dixie Norwood. Kali Daniel, senior graphic designer at UNA, provided the overall design for the book. The volume includes chapters on academics, traditions, campus life, and athletics, among others.

“So much has changed during these last 150 years, and I hope our younger generations realize how influential women have been in our progress as a University,” Norwood said. “I also hope that each reader gets a sense of the achievements and accomplishments that so many women have made not only here at UNA but also in politics, education, nursing, and so much more.”

The Year of the UNA Woman Commemorative Book is on sale now for $25 at the UNA Bookstore on the UNA campus as well as at All the Best in downtown Florence and Basse Trading Co., in downtown Tuscumbia, both of which are women-owned businesses.