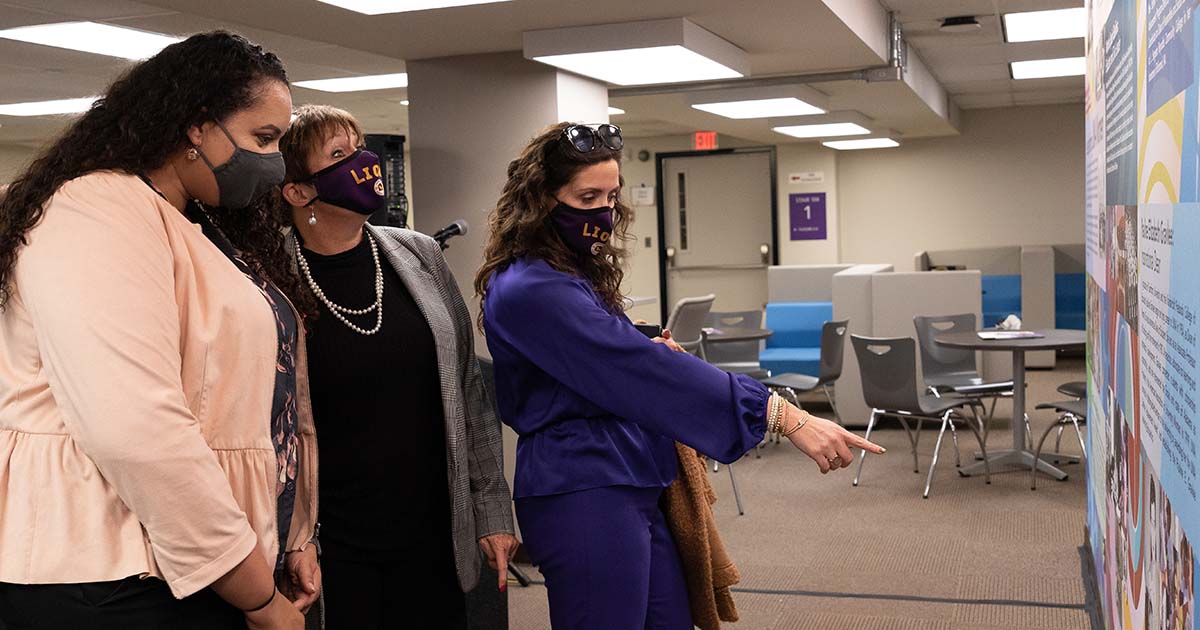 FLORENCE, AL – Minnette Ellis remembers the first moments upon arriving to the University of North Alabama campus; she remembers the energy, the subtle but distinct feeling of having found her next professional home, the knowing that UNA was the right place for her at this exact time.

As the new Dean of Students at UNA, Ellis began her tenure in January, and she said she is more than prepared to fill the role that was last occupied in the 1990s.

“UNA stood out as a growing institution full of potential,” she said. “When you step on campus, you can feel the energy. There are amazing opportunities to have an impact in every corner of campus, and you can truly see that everyone wants the best for students.”

There have been some changes to the role of Dean of Students since the 1990s, but many of the responsibilities remain the same – working with Housing and Residence Life, the Office of Student Conduct, Case Management, and the CARE team. Essentially, Ellis said she is a bridge between all of the offices that provide students resources that allow them to be successful while at UNA.

Ellis, a Missouri native and graduate of Southeast Missouri State University and Indiana State University, was most recently at Western Kentucky University, where she spent 11 years in multiple positions. Even with just more than a month in the role at UNA, she said she has already been getting to know the University community.

“I hope to continue to learn where I can best have an impact in order to find meaningful ways to help students connect to their curricular and co-curricular experiences,” Ellis said. “I’m looking forward to meeting more students and immersing myself in the UNA culture in order to learn how I can help students in their experience at UNA.”

In her role, it really is all about the students and helping them have a fulfilling college experience. When she came to UNA, she joined the staff in the Division of Student Affairs, with the official title of Associate Vice President-Dean of Students. As part of the day-to-day responsibilities, Ellis works alongside others whose job it is to provide services to UNA’s student population, its Registered Student Organizations, and other departments that support student success.

“In the Associate Vice President-Dean of Students role, Minnette assists with Division-wide administrative duties, crisis management, and policy development related to the student experience,” said Dr. Kimberly Greenway, Vice President for Student Affairs. “The Dean of Students function of the role is so important as it involves intentional ‘front-facing’ interactions and support for students. In this role, Minnette actively seeks out opportunities to connect with students, assesses their needs related to the UNA student experience, and serves as a liaison to ensure that we are providing programs and services that meet those needs.”

“Minnette is a great fit for UNA and is already contributing immensely,” Greenway said. “Along with other members of the Student Affairs leadership team, she will be a great asset to the new Vice President who will be selected to replace me upon my departure.”

Ellis is pursuing her Doctorate of Educational Leadership at Western Kentucky University. She and her husband, Todd, have one son, Truman, 5, and a daughter, Vivian, 1.