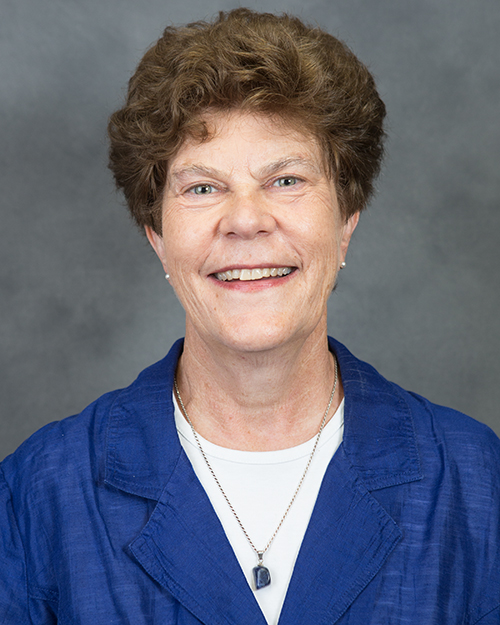 Sara Lynn Baird currently serves as Interim Dean in the College of Arts and Sciences and Professor of Music at the University of North Alabama. She was previously Associate Dean and also held positions at Auburn University and at Louisiana State University where she served as Stephanie Landry Barineau Professor of Choral Studies in the School of Music and Interim Dean of the College of Music and Dramatic Arts at Louisiana State University. Previously she was Associate Dean for the college and Director of Graduate Studies for the School of Music at LSU. There, she founded and conducted the LSU Schola Cantorum, a mixed choir, and the LSU Select Women’s Ensemble, both groups that grew out of her work with the Men’s, Women’s, and University Choruses. Under her direction, Schola Cantorum, a large mixed choir, performed frequently in Baton Rouge with the Louisiana Sinfonietta, a chamber orchestra founded by Dr. Dinos Constantinides. Baird conducted the LSU Schola Cantorum and the Louisiana Sinfonietta in performances of music by Dr. Constantinides for a commercially released CD on the Centaur label in 2007. Her choirs performed at the Louisiana State Choral Director's Convention and were frequently invited to do guest performances around the state. From 2000-2003 she served as Artistic Director and Conductor of the Louisiana Vocal Arts Chorale in New Orleans, presenting three to four concerts each year. In 2002, the LSU Select Women's Ensemble under her direction was selected to perform at the Southern Division Conference of ACDA in Charlotte, NC. In 2003 she was awarded the Tiger Athletic Foundation Teaching Award at LSU. She has taught graduate and undergraduate courses in choral conducting, choral literature, choral methods and techniques, college teaching, and other related topics. Baird has served as President for Southern Division ACDA and in a variety of other positions for regional conferences and as a member of the Conference Steering Committee for national conferences in 2017, 2019, and 2021. She was President for Southern Division ACDA and on the National ACDA Board from 2005-2007and Conference Chair for the 2006 Southern Division ACDA Convention in Charleston, West Virginia in February 2006. She assisted with division conferences in 2004, 2008, and 2012 and previously served as State ACDA President in Louisiana. A native of Charlotte, North Carolina, Baird received the Bachelor of Music degree in Voice Performance, Magna cum laude, from Florida State University; the Master of Music degree in Voice Performance from the College-Conservatory of Music at the University of Cincinnati; and the Ph.D. degree in Choral Music Education from Florida State University. Her conducting teachers include: John Leman, Elmer Thomas, André Thomas, Rodney Eichenberger, and Harold Decker. Baird has published a chapter in Outside In: Voices from the Margins (2018); an article and numerous choral reviews in the Choral Journal; and coauthored an article published in the Southeastern Journal of Music Education. She has served as clinician for choral festivals, high school and collegiate honor choirs, conferences, and universities in Alabama, Florida, Georgia, Kentucky, Louisiana, Mississippi, North Carolina, Tennessee, Washington, and West Virginia. Additionally, she has served NASM as presenter, committee member, and visiting evaluator for accreditation.